Leia Organa may still not be an official Disney Princess but she’s just been awarded an even greater title: Disney Legend.

It was announced on April 6, that Carrie Fisher (along with her on screen brother, Mark Hamill) will be inducted into the prestigious realm of Disney Legends–the highest honor that the Walt Disney Company bestows upon artists in the film industry that have impacted the Company.

The Princess Diarist by Carrie Fisher 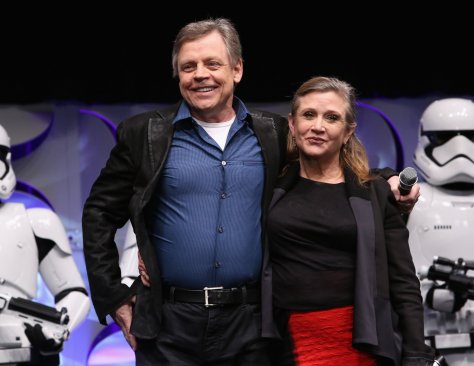 The award ceremony will be held at this year’s D23 Expo on July 14 in Anaheim. There, the recipients will be given a bronze statue and have their hand prints preserved and displayed at Walt Disney Studios in Burbank, California.

Carrie Fisher will be honored alongside Mark Hamill, Stan Lee, and Oprah Winfrey and five others at this year’s Expo. The Disney Legends Award was established in 1987.

It’s a fitting tribute to our beloved Princess.

Share your thoughts on Carrie Fisher, Princess Leia or this prestigious award in the comments below.

Liked this? Other Disney Articles by Amanda Woomer-Limpert

Amanda Woomer-Limpert is one of the Geekiverse’s newest writers and a former Disney cast member. She learned the ways of the force from her father and lifelong friend, Josiah.