Haven’t you always wanted to be Sora?

On March 28th, Square Enix released Kingdom Hearts 1.5 and 2.5 digitally remastered for the PS4. Riding on the success of the game’s coattails, they also announced additionally information regarding Kingdom Hearts 3. 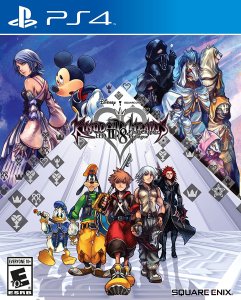 Was it that they finally had a release date? Are they adding more worlds like Star Wars? NO!

It will instead be supporting VR Capability! Which means we get to see the world through Sora’s eyes. Can you imagine? All the magic and heartless killing action in first person. With this new information, Square also said that with the added functionality of VR it will postpone Kingdom Hearts 3 for another additional year. Womp Womp.

Grab the Playstation VR while it’s back in stock

Will Kingdom Hearts 3 ever see the light of day? Leave us a comment below.

Sammy Bud is a veteran Geekiverse writer and co-host to Geek Bits with our commander-in-chief Josiah LeRoy. She is spending her days trouncing through The Legend of Zelda: Breath of The Wild.