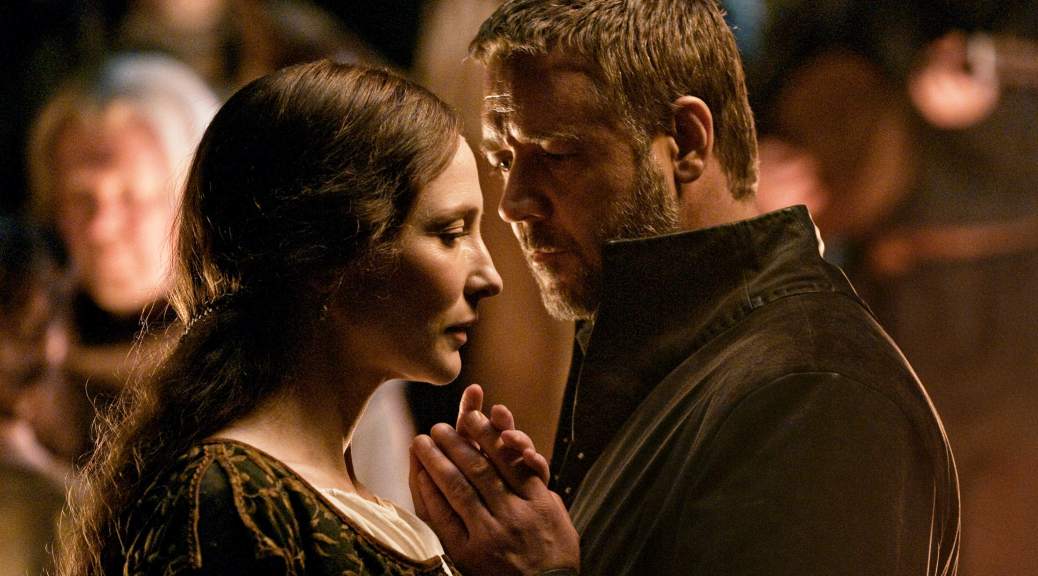 Whaaaaat? Yeah, it’s true. Lionsgate is producing the reboot, remake retread that exactly NO ONE has been longing for. The origin story that we all know, backwards and forwards and backwards again. Let’s get those cameras rolling for Robin Hood: Origins.Cue: needle screeching across vinyl album sound effect. Seriously, do we need this now? ANOTHER Robin Hood origin story? Answer: No. Shortly after that film was announced, word spread that Margot Robbie would be playing Marian in spin-off movie named Marian. So, what do we know about these two unneeded projects? 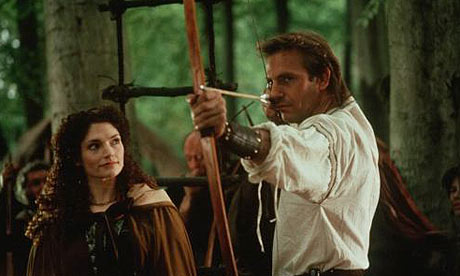 1. The Lionsgate/Summit Entertainment film will star some heavy hitters. Taron Egerton of Kingsmen fame, will be playing the titular hero, and Jamie Dornan of 50 Shades of Blah (nope, Grumpy is not a fan of movies that glorify abuse of women) will play his half brother, Will Scarlett. Ben Mendelsohn, who has serious Geek cred starring as Krennic in Rogue One and also in The Dark Knight Rises, will be playing the Sheriff of Nottingham, and Jamie Foxx tackles the role of Little John. Eve Hewson of Bridge of Spies, will be playing the fair maid Marian. Good cast, no doubt….but……. Suicide Squad (great casts don’t insure great films) LOTS of great Robin Hoods over the years – Kevin Costner, Russell Crowe, Cary Elwes, Sean Connery, Errol Flynn, Douglas Fairbanks…. big shoes to fill, Taron.

Need to catch up on Robin Hood? Lots of versions available on Amazon video

2. Otto Bathurst will be directing. He said in an interview with the Dubrovnik Daily (yes, that is a thing. The movie is filming in Dubrovnik, Croatia) that when first approached he turned the film down because “The world doesn’t need another Robin Hood film, we had enough.” Amen to that, Otto. Should have stuck to your guns there.

3. IMDB describes the film in this way … “a gritty take on the classic Robin Hood story”. COME ONNNNN!!!!!!! Why does everything have to be a gritty remake? It’s no wonder that Americans are afraid to leave their houses anymore, and need glasses. Everything is darkly lit and dark for the soul. Grit for grit’s sake is just that, and it doesn’t make anything, including the world, better.

4. Wikipedia lists 73 film or TV shows that feature Robin Hood in some way.

Regarding Margot Robbie’s Marian, here’s what we know.

1. The film is described in a Variety article as “Robin Hood inspired” . OK, I can get with that. It also says “set in an alternate Robin Hood universe” ……. AHHHHHHHHHHHHH!!!!!!!!!! Gritty?!?!?! Alternate universe!?!?!?!?  (Fill this area with Grumpy Geek throwing things and swearing) What the actual hell???

2. The film imagines Marian picking up the cause after Robin Hood is killed. She leads her people into battle, and she picks up the mantle of the dead dude she loves…loved…whatever. So, Robin Hood will join the ranks of Ra’s al Ghul (see this piece I just wrote) and Dread Pirate Roberts and Captain America … anyone can wear the threads. I am hoping that Oliver dies on Arrow and Felicity steps up to be the Green Arrowette. Yeeesh.

Strange grouping of good films, including the Princess Bride

3. Margot Robbie will produce the film with Sony, and her production company, LuckyChap Entertainment, which is a totally cool name for a production company. The film is being written by Pete Barry, whose IMDB page is only slightly fuller than mine.

Here’s the part you’ve all been waiting for. What The Grumpy Geek thinks should be done.

I cannot believe I am advocating for this, but I think if Robin Hood is actually coming back, it needs to come back as a HUGE franchise, with a minimum of 6 films. Three Robin Hood epics with the whole cast, and three spin-off films of other characters. We can call it the RHCU, Robin Hood Cinematic Universe. I know, right? Totally original and has a nice ring to it.

Which was the best Robin Hood film? This one according to Entertainment Weekly.

There is no doubt in my mind that Robin Hood is a great literary character. I think his “taking it to the man” schtick will play well in our current environment, but this idea of remaking a new film in a new universe with a new cast every few years, 73 times, really weakens the Hood brand. Sherwood Forest as a setting is great as well, and has so much potential for great happenings, with the gang. I am totally looking forward to the Friar Tuck stand alone film.

How many Robin Hood results are there on Amazon in film and TV?

Let’s go all in, make it a big, long lasting deal and do it right. I am dying to see the Hood Cave, where Team Hood sharpens their arrows and where Little John hacks castle security systems. I jest, but you know what I mean. 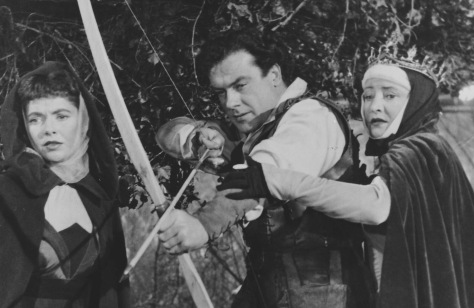 Looking at the Wikipedia page that has the many iterations of Robin Hood listed, there are several projects listed as “In Development”. In that section it is reported that, both Sony and Disney express interest in creating a larger Robin Hood universe with lots of films and using shared characters. Disney, likening their project to Pirates of the Caribbean. As long as Johnny Depp is out, maybe this could work. Stoner Robin Hood…not so much.

Pete likes to write about books. Yep, he can actually read.
March into Spring with these March Sci-fi/fantasy releases

2 thoughts on “Either No Robin Hood or Bigggg Franchise It”