Breath of the Wild has been tasked to almost single-handedly carry the Nintendo Switch during its opening months–a crucial time for a crucial platform that will determine Nintendo’s relevancy in the industry going forward.

Breath of the Wild is the culmination of more than thirty years of progress for the Legend of Zelda franchise. This landmark adventure brings together ideas from all across the revered series’ long history–as well as plenty of new ones–and drops them into an environment with scope and density unlike anything the franchise has ever known. At last, the peerless creativity of Zelda is being complimented by HD technology.

It’s amazing to think that the game had such humble beginnings.

Nintendo’s grandest, most ambitious piece of software to date began not with a bang, but with a snap of Eiji Aonuma’s fingers–a gesture that would, ironically, go on to become synonymous with the system that Breath of the Wild launched with.

That snap didn’t lead to a trailer filled with loud music and bombastic action sequences It led to a fixed view of Hyrule’s countryside, where both you and Link gazed out across a vast landscape that seemed to run into the horizon without end. Our first impression of this monumental game was a glimpse as thrilling as it was idyllic. A single glance at what amounted to a fraction of the sprawling realm promised senses of scale, exploration, and mystery that fans had dreamed of for so long. 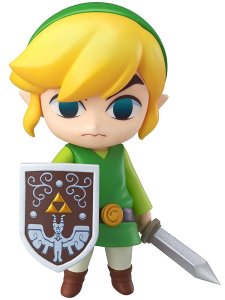 That quiet reveal became symbolic of the way that Breath of the Wild captured fans’ hearts and minds over the last few years.

There is a saying that goes “Confidence is silent; insecurity is loud”. Nintendo embodied this mantra when providing us glimpses of the biggest Legend of Zelda game ever. There was no temptation in them to overcompensate. They seemed to understand that gamers didn’t need to be buried in hyperbole to fall in love with Breath of the Wild.

If Nintendo has conveyed anything to us since June of 2014, it’s that Breath of the Wild speaks for itself.

Months after the game’s official unveiling, Eiji Aonuma and Shigeru Miyamoto quite literally sat down to demonstrate a first look at the gameplay. In the middle of the inaugural Game Awards, Aonuma and Miyamoto huddled within a small room before a television to take a romp through Hyrule’s wilds. The presentation could not have been any more simplistic. A single, stationary camera fixated on the Nintendo icons while they casually chatted as if out to lunch at Starbucks. Your only view of the gameplay was through a screen within whatever screen you used to watch the demonstration.

It stole the show. Amid cinematic reveals of other high-budget, blockbuster titles, the gaming industry came away from the Game Awards 2014 buzzing about a video with next to no production values–all because it showed off more of this enchanting Zelda game and its immense world.

Even when Breath of the Wild received its first official game trailer at E3 2016, Nintendo showed a surprising level of restraint. Moments of action were rare, and those that existed were brief. The purpose of the trailer was to give us tranquil views of the huge, diverse, and stunning scenery, as well as the many ways that Link is able to navigate his surroundings. Where, before, fans only had fleeting looks into this magnificent version of Hyrule, they now they could behold portions in all of its grandeur.

Once again, Nintendo held back its bluster. Like every other time before, the approach was a resounding success. Despite going into that year’s E3 essentially a one-man-show, Nintendo and Breath of the Wild captivated all who were willing to take notice. The official game trailer went on to become the one of the highest-viewed videos on YouTube from the event; it still stands as the third highest-viewed video on Nintendo’s YouTube channel with over 11 million views, and has the second highest number of views for a video of an individual game.

The beauty and promise, alone, of a full scale, HD Legend of Zelda lifted the franchise and its maker to their deserved seats of prominence.

Nintendo finally unsheathed Breath of the Wild’s ferocity during their Switch reveal in mid January 2017, when they delivered an electrifying trailer that showcased drama and emotion from what can only be among the most poignant pieces of Zelda lore. With heart pounding music and voice acting filling our ears, we marveled at glimpses of the epochal conflict that Link, Princess Zelda, and their many allies will find themselves embroiled in. 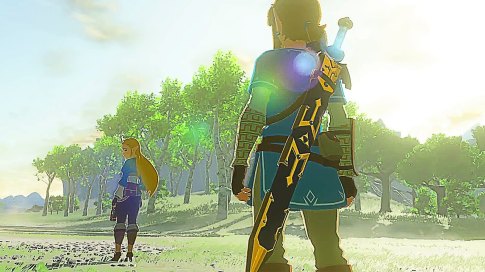 After years of being awed by Breath of the Wild’s majesty, it was the appropriate time to be enraptured by its vigor. Much like The Legend of Zelda series has built toward this tremendous adventure, Breath of the Wild’s earlier unveilings had all been building up to the enthralling trailer that had the world eagerly anticipating the Nintendo Switch, and the game that might just be Nintendo’s magnum opus.

Whether you look at it as three years, or three decades, it was an incredible journey.

It couldn’t have brought us to a greater destination.

Jeff Pawlak lives and breathes (!) The Legend of Zelda series. He started with the original Legend of Zelda back on NES when he was just three years old, was captivated by Ocarina of Time in 1998 on the N64, and he’s currently lost within Breath of the Wild’s Hyrule on the Nintendo Switch. You can find him on Twitter @JeffreyPavs, where he’ll be sharing plenty of spoiler-less thoughts during his adventure to stop Calamity Ganon. Keep up with him and Josiah LeRoy on the Geekiverse for their upcoming review of the game.