What the hell is going on over at Warner Brothers? The news over the past couple of weeks has been dire at best. ‘Tis the season of someone’s discontent, that is for sure. Let’s have a look at the highlights.Last week, Ben Affleck announced he would no longer be directing the stand alone Batman film set to release sometime, despite not being on the list of the current slate of already scheduled films, including: Wonder Woman (June 2, 2017), Justice League (November 17, 2017), Aquaman (October 5, 2017), Shazam (April 5, 2019), Cyborg (April 3, 2020), and Green Lantern Corps (July 24, 2020).

Shortly after Ben’s announcement, the W Bros/DCers inked Matt Reeves of Dawn of and War for The Planet of the Apes fame to direct the film. Yesterday, rumors started circulating that Ben wants out of even PLAYING the Caped Crusader in the stand alone film. Dude……

The Aff man made no bones about his displeasure with the fact that Batman V. Superman was widely accepted as a pretty mediocre film. (“Martha!!!Why did you say that name???) He followed that up with a bit of screen time in the also not critically successful, Suicide Squad. I liked it, but I have pretty much enjoyed everything in the MCU more. Suicide Squad was apparently a bit of a mess after they scrambled to rework things in response to the luke warm reviews of BvS. 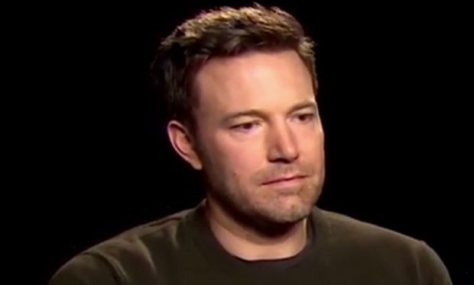 They finished filming Justice League in October, so maybe that wasn’t the uplifting experience everyone had hoped.

So, now he wants out, huh? I’ve always maintained that Marvel does it better on the big screen, and to me, one reason is that there is continuity onscreen. RDJ and Evans and ScarJo have been around awhile. If the leads jump in and out, you’ll never get any traction.

On to other problems. On January 25th, io9 posted about The Flash movie getting  its THIRD….. count ’em… ONE…TWO…THREE… screenwriter, and apparently, it is a total rewrite. The film had already lost writer/director Rick Famuyima in October due to “creative differences”.  What does the Flash star Ezra Miller  think about all of this?

So, for whatever reason, DC’s Geoff Johns and the WB’s Jon Berg are either nailing it down, or totally unable to get a grip on it. When you have to completely rebuild the tone of your universe, well that’s a challenge. What looks like stress fractures are pretty obvious, and if their undeniably biggest star has had enough, that speaks volumes on how successful they are being.

Seriously, who runs away from playing Batman? Whatever is going on, it must be big. Maybe they are forcing to work more with crazy ass Jared Leto. That would scare me off. Maybe it’s his age. He’s 44 now, and there is no shoot in the immediate future. These movies are physically exhausting. (Ask Daniel Craig) Maybe the final script sucks, and after BvS, been doesn’t want to be attached. Maybe he wanted Jennifer Garner to play Catwoman and they said no.

Ben, as you make your decision, be aware that geeks get emotional about these things. We have abandonment issues or something, and long memories. So, you can have your lawyers pull the plug, but you will be definitely take your lumps, and you won’t have all your fancy bat toys to protect you.

What do you think? Is the party over? Let’s talk about it in the comments below.

4 thoughts on “Is the DC Expanded Universe Collapsing?”