For months we have known about a title change for the fourth Avengers film.  It was only recently we got confirmation that Infinity War would be a standalone film leaving The Avenger’s fourth outing more of a mystery as far as story line goes.

The Avengers have been around for quite some time and have a wealth of stories that they could draw from for the follow-up.  These are my predictions based off what we know so far about the ever expanding MCU. 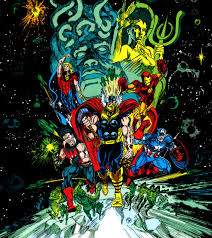 Since Infinity War is going to revolve around The Mad Titan Thanos, this cosmic side of the MCU will be more heavily woven into the Earth based characters.  Operation: Galactic Storm features the Avengers getting involved in a war between the Kree and Shi’ar Empire.

The story really focuses heavily on ideological differences between Captain America and Iron Man.  This may seem like a retread of what we saw with Civil War, however this tension can easily be put in the background as just another part of how the characters interact and treated outside the main focus of the story.

The real selling point would need to focus on the alien cultures they encounter.  The Shi’ar offers no shortage of figures that could give some interesting visuals and awesome action sequences (maybe The Rock can take a break from Fast and Furious to play Gladiator), the Kree have already been introduced to the universe and I am sure many fans would love to see more of the technology they are known for as opposed to the religious zealots from GOTG (even a way to introduce The Inhumans to the film property).

The main factor that may make this difficult is, if it is true, the rights to the Shi’ar are tied up by Fox (seems likely, but the rights issue is still very unclear).  If that is the case, then another alien race could be substituted in.

The most important part of doing this well, is that it really has to be questionable whether the Avengers should interfere and if so what action should they take.  In the case of intergalactic war between governing bodies and politics, the matter of right and wrong can become muddied.  The question should be “is it right to interfere with these matters?” and “if so how do you sort out who is the good guy and who is the bad?”.

The Avenger’s will have to reunite to stop Thanos.  Even then they are up for a hell of a fight.  Perhaps the best route to go for the fourth outing, is a final struggle that irrevocably tears the team apart.

The story sees the Avengers plunged into chaos as a series of disasters occurs that kills many of their members and leaves the survivors so demoralized they disband.  The worst part is that the attack was carried out by their own Scarlet Witch as she descended into madness.

The event was controversial among fans with some of the questionable retcons and flat out ignoring of continuity that occurred.  The death of Hawkeye and Vision were seen as some particularly poorly thought out moments to occur.  These concerns make it unlikely we will see a straight adaptation.

However, the story of the Avengers being completely broken as one of their own betrays them and the ensuing fallout from the event could offer some interesting stories down the line as the MCU continues on.

Many of the stories that led up to Secret Invasion have already occurred in the MCU.  The revelation of HYDRA having infiltrated SHIELD, the Civil War dividing the heroes; these are crucial parts of the story as it left the Earth vulnerable at the time.

The story plays out with a heavy dose of paranoia as the shape shifting alien Skrulls have kidnapped and impersonated many of the heroes in a plot to take over the planet via subterfuge.  The main question everyone asks is “who can you trust?”.  The story would be a departure from the current formula used by the MCU, as rather than having an enemy and their army the hero’s must contend with, we instead see them struggling to ascertain who is on what side.

An Avenger’s film with some sci-fi espionage elements would be interesting to see.  The main difficulty would come from the rights for Super Skrull’s being tied up by Fox, and honestly if they can’t impersonate the hero’s powers, the Skrulls aren’t much of a threat in an all-out fight.

In the hands of the right director and writer though, this film could really create a very unique Avenger’s story and especially highlight the abilities of the less powerful members trying to focus more on investigation and counter espionage. 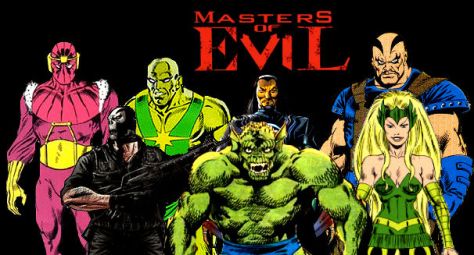 Marvel’s Cinematic Universe has been accused of having a villain problem since its inception.  A lot of fans feel the villains are underdeveloped and few will argue with the logic.

The Masters of Evil are essentially a group of villains who have tangled with The Avengers before and band together.  We already have a few candidates in the MCU from prior movies.  Baron Zemo is traditionally their leader and Daniel Bruhl did an excellent job of showing the brilliant strategist in Captain America: Civil War.  The Abomination made his debut in The Incredible Hulk and lived to be locked away.  Agents of SHIELD has managed to keep Hydra as a threat under the surface of the MCU and outside of the Avenger’s sites.

The only problem with bringing the Masters of Evil to the screen is that Thanos may be a tough act to follow.  The sheer scale of the battle expected to occur in Infinity War is something that will hard to top and The Masters of Evil, while fun to watch them battle the Avengers, may not really convey the sense of being a planetary danger.

This is probably the most likely option on the list here.  Unlike the characters in comic books, actors age, get tired of playing the same role, even retire.

Shortly after Avengers Disassembled, Cap and Iron Man put together a new team.  Some of the characters from the new lineup may be unavailable (Wolverine resides with Fox and Luke Cage is going to be busy in Harlem).  Really the concept is what sells it as a new threat requires the formation of a new team.

Heroes are being introduced as we continue on the road to Infinity War.  The wrap up of trilogies for phase 1 is almost complete.  Maybe it is time for the torch to get passed following Thanos, particularly if the rumors of some of the Avengers not making it out alive are true.

Doctor Strange, The Black Panther, Spiderman, Ant-Man, The Wasp and Captain Marvel are all ready to step up.  If Marvel Studios really wants to get crazy they could even, bring a few characters from the television side in to round out the lineup (Bobbi Morse and Melinda May from AOS certainly have what it takes).

Whatever the case may be, it seems Marvel Studios has no intention of slowing down anytime soon.  Lets just hope that they don’t do something desperate and we windup with another Avengers vs. X-Men.

Nick Rameriz is one of the few people who feels the X-Men and MCU should stay separate and dreads the day Wolverine shows up in The Avengers.  Feel free to berate him for it @dare_to_geek.