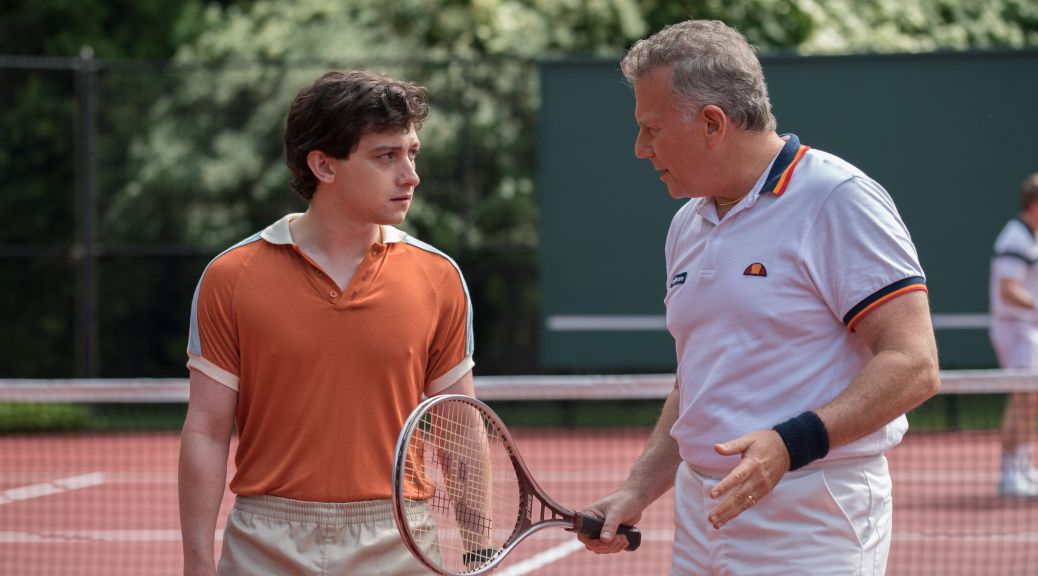 Let me start this off by saying the thing that first drew me to this series was that it involved tennis. I realized I was not using my Amazon Prime video service to my advantage enough, saw a series with tennis, and said “let’s do this.” To my surprise, I liked the show!

David is a college kid at home for the summer between semesters, and works at the very pomp and circumstance Red Oaks Country Club. He gets to teach tennis, hang out with his friends who work at the club, hang out with his girlfriend who works at the club, and find new love in the club (no, not the Usher song), who so happens to be the boss’s daughter. Oh what a tale.

Wheeler, David’s best friend at the club, serves as the guy who does dumb stuff, but you can’t help but love him. He’s a moron who gets into bad situations with drugs and women, but is super funny and goofy. In the end, you’re hoping the guy gets the girl because it gives hope to all geeks that the ugly dude with nothing going for them can find love. Wheeler is a solid side story from his antics dealing cocaine, to his desire to date the lifeguard hottie, Wheeler is by far my favorite character.

Following David feels like a callback to high school. I didn’t grow up in New Jersey, and the country club I played at was not near as nice as Red Oaks. However, I played tennis at the club and I did not fit in because I was never that of the upper class with all the newest gear and garb. Following David through a summer of love, confusion, and family wreckage just fits the lives of any typical high schooler. Everyone has their version of the “David experience.” With a goofy father, played by Richard Kind, and a weird mentor in Nash, the entire reliability came first circle for me.

If you pay for Amazon Prime, it’s time to start using their video service! Red Oaks is just one of many great TV shows they have, and this show will have a second season. So what shows are you watching on Amazon Prime? Take a look, see what’s out there, and take a chance!

Nothing to write home about — or travel back to 1985 for — but well worth the few hours it took to get through the first season.

Brunner 1.0 is The Michigan Geek who now has way to much time on his hands, and watches shows in 2 days.