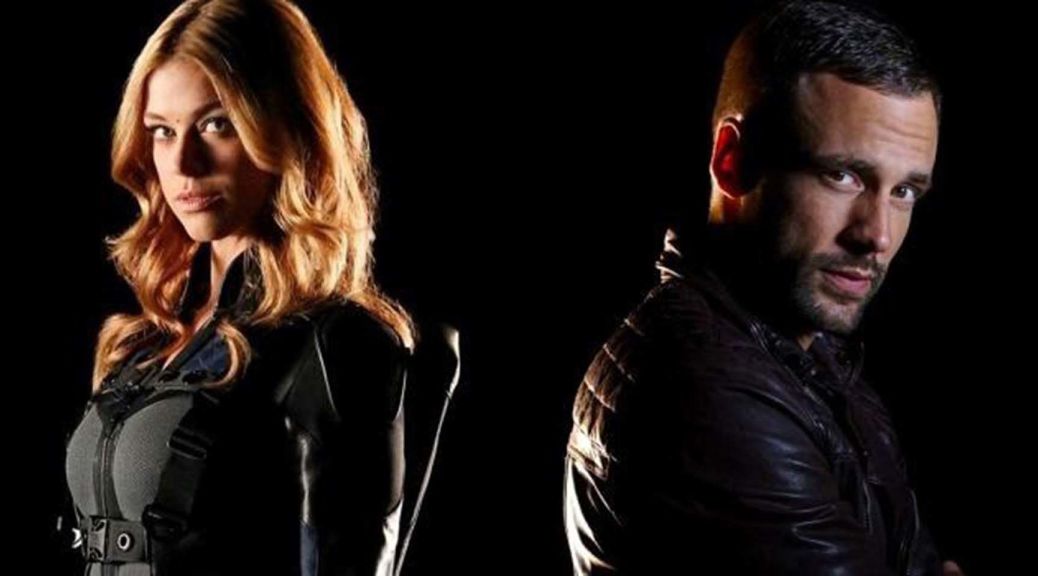 “Wait….no…..we’ll do it. I know we said yes, then no, but this time we’re serious”… is what the press release should have said regarding “Marvel’s Most Wanted” the “Agents of SHIELD” spin off show that has been on and off and apparently on again.

The confirmation of the show’s forward movement showed up earlier in the week on ABC’s 2016 list of pilots on Deadline.  In addition to making the list, Deadline also included this logline for the show:

Centers on Bobbi Morse (a.k.a. Mockingbird) and Lance Hunter of “Marvel’s Agents of S.H.I.E.L.D., two ex-spies and ex-spouses who are on the run with no friends, no S.H.I.E.L.D. and a long list of enemies looking to claim a bounty on their heads. Able to trust no one but each other, Bobbi and Hunter form an uneasy alliance with Dominic Fortune, a rogue adventurer with a wealth of resources and even more adversaries, who agrees to protect them so long as they help him with his own agenda. These two heroes will help anyone in need, all while trying to uncover the conspiracy that put their own lives in jeopardy.

Here’s the thing, Marvel……. DON’T DO IT. You aren’t really all that good at network TV. And the reason is simple. You don’t bring your varsity players. People aren’t tuning into superhero TV shows to not see superheros.

A while back we did an episode of The Geekiverse Show and we talked about Marvel vs. DC in both TV and movies. We agreed then that DC is winning the small screen game. They come to play. They bring A level heroes and bad guys. The Flash, Green Arrow, Supergirl, Constantine, the Black Canary, Deathstroke, Deadshot, The Penguin, and Hugo Strange.

Full disclosure, I love the Netflix Marvel shows. Both “Daredevil” and “Jessica Jones” were outstanding, but “Agents of SHIELD” is losing its luster, and it’s viewers. Season 1 premiered with 12.12 million viewers, but by the final episode was down to 5.45 million. Season 2 started with 5.98 million and ended with 3.88 million, and this season started with 4.9 million and at the midseason final was down to 3.84 million. On the bubble would be an understatement in describing the show.

Agent Carter has had the same problems. Peggy and the crew at the Strategic Scientific Reserve never started with the audience AoS had. It premiered at 6.91 million last season and ended at 4.02 million. This season there wasn’t any rebound, as it started at a meager 3.18 million and has fallen down near 2.5 million now, as it comes in for what is probably its final landing.

These B and C list hero shows aren’t all that fun. The only thing that really keeps me going on Agents is FitzSimmons. Not sure why I care, but I am determined to see them actually together. I barely watch Agent Carter, and wouldn’t at all if it weren’t for Hayley Atwell and James D’Arcy, another casting coup for Marvel.

So, Marvel, if your plan is for another no big superhero superhero TV show, don’t waste your time.  Even the master,Joss Whedon hasn’t been able to stop the viewer hemorrhage. It’s because without real heroes he’s been fighting with his hands tied behind his back.