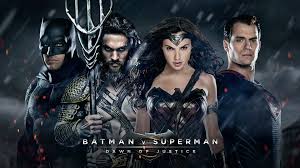 It’s a good time to be a geek.  We are seeing the two biggest comic companies ever finally build shared universes in film.  With Dawn of Justice on the horizon and Suicide Squad coming this August I have been thinking a lot about what may the future may hold for the DCU and here are a few things I am hoping to see as we move through the DC film slate.

One criticism that is often made of Warner Brothers is that they have failed to utilize the extensive library of characters available to them in cinema.  While we have seen a breadth of unknown characters appear in cartoons and television produced, DC has only really utilized Batman and Superman in movies (save failed attempts at Catwoman and Green Lantern solo projects).  With the future films slated for release including characters such as Cyborg and Wonder Woman, I have hope that this will mean more care given to figures outside of the big two.

While the trailer for Batman v Superman does maintain a grimmer and more serious tone that we have come to expect since Man of Steel, it also gave us a glimpse of some levity bleeding into the monochrome world that Zack Snyder has started.  While I am firmly on the side that Man Of Steel was an excellent film, it wouldn’t hurt to have a little more humor, as if we do start to get into the deeper well of the traditional DCU, we may need to stop taking some things too seriously in order to suspend disbelief. 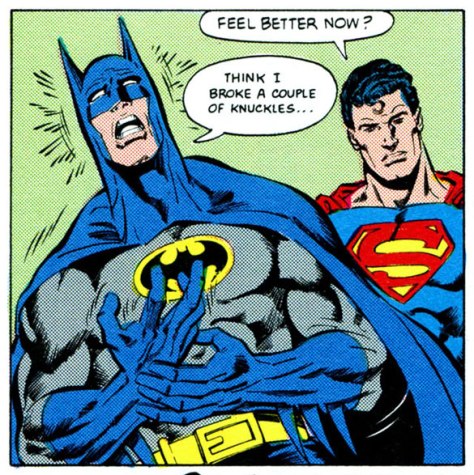 This is a tough one, but something I have nothing but faith can and will be executed.  Looking at Superman’s power level he is unstoppable.  I am well aware that many Batman fans will make the argument of kryptonite, strategy, etc. but when face with real world logic in place, Batman cannot beat someone who can destroy him from a distance before he has the opportunity to act.  The only thing that gives Batman a chance is Superman’s personal code.  At this it may not be a bad idea to either embrace a bit less realism so that the story can progress or dial back Superman (and in turn many other characters) power set.  While I have always been more a fan of flawed heroes who can be defeated, I also can see the appeal of focusing on the idea of the DCU as modern day mythology.  As long as consistency is maintained in story, this could become a legendary franchise and shared universe. 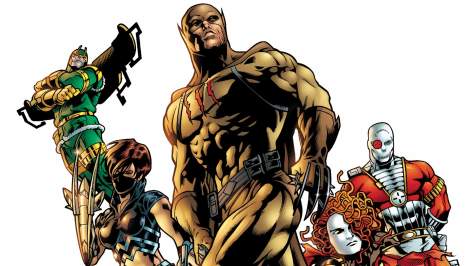 The villains of the DCU are probably some of the most recognizable and interesting aspects of many of its heroes.  Unfortunately the films have only utilized a handful of them.  Out of five Superman movies we have been given only General Zod and Lex Luther in any significant form.  The Batman films have fared only slightly better due to having eight films under his belt but even that has resulted in multiple versions of several characters and there are literally dozens if not more that the long time readers would love to see brought to life.  So while another version of the Joker and Lex Luthor may be coming soon, if Suicide Squad is any indication, we can look forward to seeing some of the less recognizable characters on the screen sooner rather than later. 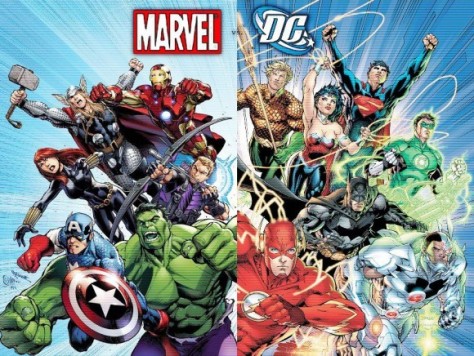 Let’s talk about the elephant in the room.   Marvel beat DC to the shared universe thing.  You know how much impact they should have on DC’s plans?  None.  The reason there has always been such a divide between these fandoms is because the universes are very different and tell unique stories to each other.  While many fans will cry that DC is simply following Marvel’s lead or Marvel has ripped off this character or that, those of us who appreciate both can see how different they are and love them because of it rather than in spite of.  So hopefully Warner Brothers is doing what any intelligent creative company would. They are looking at Marvels slate, congratulating them on their success, and trusting their own creative teams to make something wholly different.

One issue that new readers have when coming into any long running title is the mess of back issues necessary to read for any semblance of understanding what is going on.  Thankfully the current DC film and television fare is attempting to make it easier for moviegoers.  Keeping the TV and film universes separate may seem foolish to some fans, but this allows a casual moviegoer to enjoy films like Suicide Squad and Batman v Superman without catching up on the backlog of seasons for Arrow and Flash if they don’t want to.  I would hope that they will maintain a separation in the films as well, so we don’t need to watch all the movies if we lack an interest in them.  While nods to other films and the occasional reference can be fun for the background, if it becomes required for us to watch every single movie that comes out, to understand the most basic concept, this can become troubling and scare away new fans.

I have always been okay with making changes to characters.  I don’t care that Deadshot is black, Arrow and Black Canary not being a couple has allowed miss Lance to have her own story and agency, and most critics agree that the film version of Constantine was a great story in its own right.  The fact is some cosmetic changes to the characters or divergence in plot points allows a fresh take for comic book fans who follow these stories.  I personally love to be surprised and would prefer they not adapt frame for frame from the books.  Those stories have already been told and many of us prefer to see a new take. 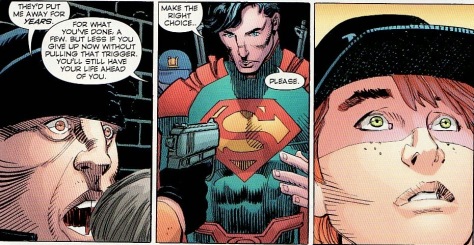 Changes don’t bother most of us as long as the heart of the character is still there.  As long as Deadshot is still a man with an ego and ridiculous skill he will be the man we want adapted.  Oliver Queen has retained his niche of using a bow and a focus on protecting the little guy as a street level hero.  Constantine was still a cad and a tragic figure in many ways.  This is what is important, retaining those qualities that made us want so much to see these characters adapted.  Batman is brilliant and the human who stands alongside gods, Superman is an inspiration, Wonder Woman is an unrelenting warrior, etc.  Since they have managed to do this pretty consistently (save a few exceptions) I feel secure that they will do so for the foreseeable future.

As long as Warner Brothers has the faith in these properties and the trust in their creators, I think all of us geeks can look forward to a long future of new heroes and villains on the silver screen.

Nick Ramirez is a comic book wizard and The Geekiverse’s DC & Marvel master. Check out his list of the Top 8 Hopes for the Future of Marvel’s Cinematic Universe.