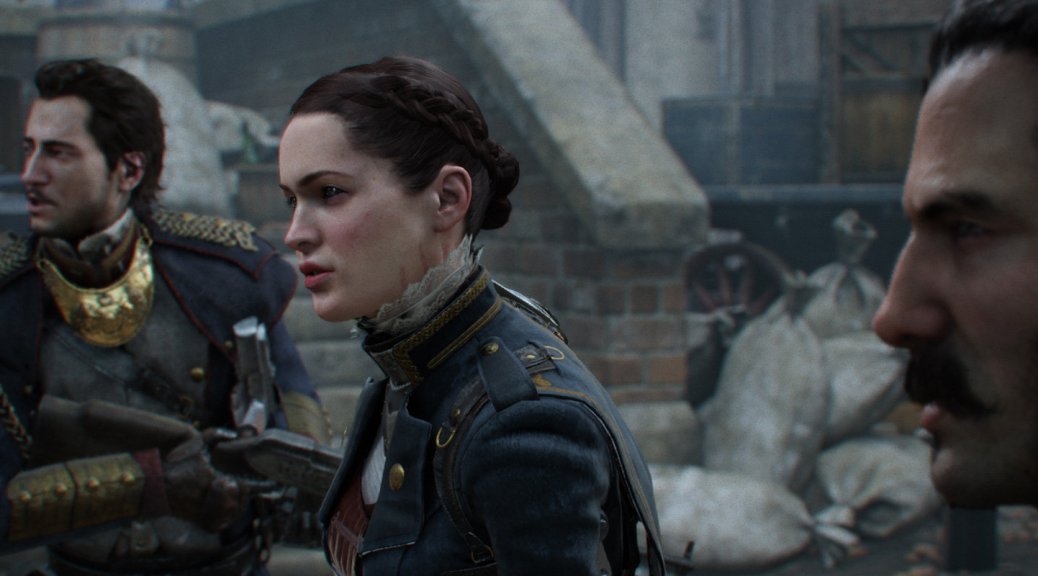 The Order: 1886 is an enigma in more ways then one. A title that should have appeared during the Playstation 4’s launch window, The Order launched 15 months later. Due to the added time and anticipation, The Order unfortunately does not live up to the hype.

Ready At Dawn Studios has worked solely on Playstation games since its inception in 2003. Predominately working on ports of existing titles, such as The God of War: Origins Collection on the Playstation 3, Ready At Dawn was given their big chance to develop and create their own IP. I won’t say they blew their chance to create an exciting new franchise at the onset of Sony’s brand new console generation, but they didn’t quite take advantage of it either. 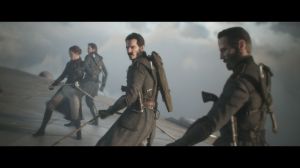 The Order: 1886 takes place in an alternate history period in Victorian-era England. An old order of knights keep the world safe from half breed monsters, who are a combination of animal and man. Think werewolf. Throughout the centuries following the 6th century, man had begun to fear these half-breeds. Consistent conflict had arisen, forcing the humans to eventually discover “Blackwater,” which is a mysterious liquid that gives man a significantly extended lifetime. In the 1800s, humans find hope in the form of King Arthur and the Knights of the Round Table. You play the lead character named “Galahad,” a member of the Knights. The Industrial Revolution takes place, enabling the Knights to gain the upper hand via weapon advancements.

That’s about as in-depth as the game’s story gets. Through the approximately 6 hour long story, it’s never clear which direction the game is going. This is due partly because of pacing. It’s hard to focus on what is happening because frankly, some parts are slow and a little uneventful. The cinematics and graphics in The Order are purely superb; they are second to none on current-gen systems. Ready At Dawn takes it a step further with its cutscenes. There are zero loading screens during gameplay. The only one you’ll find is when you die and even then, it’s short. The seamless transition from scene to gameplay to scene is something that all developers strive for. This certainly sets a new bar for game presentation. There was an instance or two that when a cutscene ended, I wasn’t immediately aware that I needed to take over my character again. 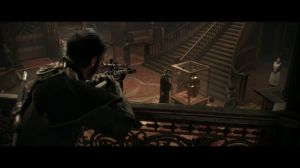 The world of The Order is gorgeous. It covered England’s grey scale theme mixed in with mild sepia tones better than any game has before it. I would compare it to the setting from the recent Sherlock Holmes movies. In one chapter, you journey onto a zeppelin, a part of the Industrial Revolution’s recent advancements. The zeppelin scenes were some of my favorites.

The gameplay for The Order is polished and clean, but doesn’t always pop up. Clearly inspired from Gears of War’s pop-and-cover gunplay, The Order does a good job when it comes to shooting mechanics. I just wish there was more of it. It was very rewarding taking down an entire room-full of enemies. Using the directional pad, you can choose between an interchangeable handgun, a rifle/shotgun, a smoke grenade, and a proximity grenade. The variety of weapons in the game is limited, but I don’t think that’s a bad thing. Better to focus on a few weapons, then to create a wide array of weapons that don’t deliver.

That actually leads to another hot topic; the game’s length. 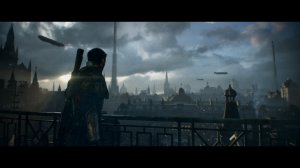 The story of The Order: 1886 lasts roughly 6 hours from beginning to end. You could easily complete the game in either 1 or 2 sittings. This has been a hotly contested topic since the game’s playthrough leaked before launch. My opinion is that often times, game length is too much associated with quality. Many RPGs feature 60-80 hour campaigns full of main storylines and side quests, including the recent Dragon Age: Inquisition. These days, there are so many quality games spread across so many systems. It’s very hard to find time to finish them all, let alone play them all. I like a shorter story. I adore the annual Call of Duty campaigns. They are done right – the perfect amount of action, story, and skill. So while I give a big kudos to Ready At Dawn for not adding content simply to add content, the story feels like one big cutscene. I am perfectly happy with no add-on multiplayer. But there is something missing. Nothing gives it that “wow” factor. I generally play my multi-platform games on the Xbox One, so PS4 games have been few and far between since its launch in 2013.

The Order: 1886 simply is not the reason to buy a Playstation 4.

Maybe that console exclusive doesn’t exist yet (looking at you, Uncharted 4!). Infamous: Second Son is something I am proud to have in my library. I do not in the least bit regret playing The Order: 1886 and I believe PS4 gamers should do so. Heck, it’s only 6 hours. But I recommend waiting until a price drop (which won’t be long) hits to do so.

The game’s soundtrack compliments its scenery very well. Full of strings that you would imagine from a Victorian-era setting, the soundtrack is solid. Voice acting is very well executed, despite a script and dialogue that doesn’t quite deserve it. Character models are the most life-like you will encounter at this point in the current generation, going so far as to produce memorable images despite a somewhat drab theme.

One issue that bugged me was the usage of Quick Time Events, or “QTEs.” A QTE is when you are prompted to press a button on screen to perform a task, such a mashing the X button to grab a knife or to motion the thumbstick to the right in order to dodge an attack. I am an advocate of QTEs whereas most in the gaming industry do not like them. Heavy Rain is an example of QTEs incorporated brilliantly. Take any of the Telltale games (The Walking Dead, The Wolf Among Us, Game of Thrones, Tales From The Borderlands) and you’ll see it done in an ideal setting. The Order’s QTEs are frequent and vary in many ways. The problem is that they are inconsistent. I stumbled across this fantastic article from forbes.com by Paul Tassi, take a look. It explains the different types of events that occur and why they are less-than-desired.

In the end, the story was just as confusing as the beginning. It seems that it just doesn’t know which direction it wants to go. Despite a heavy reliance on cutscenes, it’s unclear where the inevitable sequel will take us to. The game ends on a quick note, unexpectedly. I actually liked that a lot. 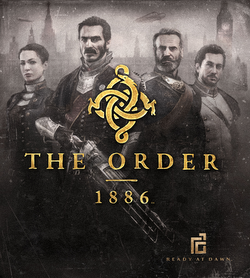 The Order: 1886 is a letdown. Despite the score you see above, I recommend a playthrough of it. I like the world that has been built. I like running into Arthur and Jack The Ripper. I just want more. I’m sure 1887 will improve upon its predecessor in every way.

+ A pleasure for the visual senses; beautiful graphics, no loading screens between cutscenes and gameplay, and a gorgeous England

+ Cover-based gunplay is tight and fun

The Order: 1886 is available now for the Playstation 4.

Josiah LeRoy is Geekiverse’s Senior Editor. Only 18 games to go until the Buffalo Sabres wrap up 30th place! Add him on Playstation Network via Josiahislegend.