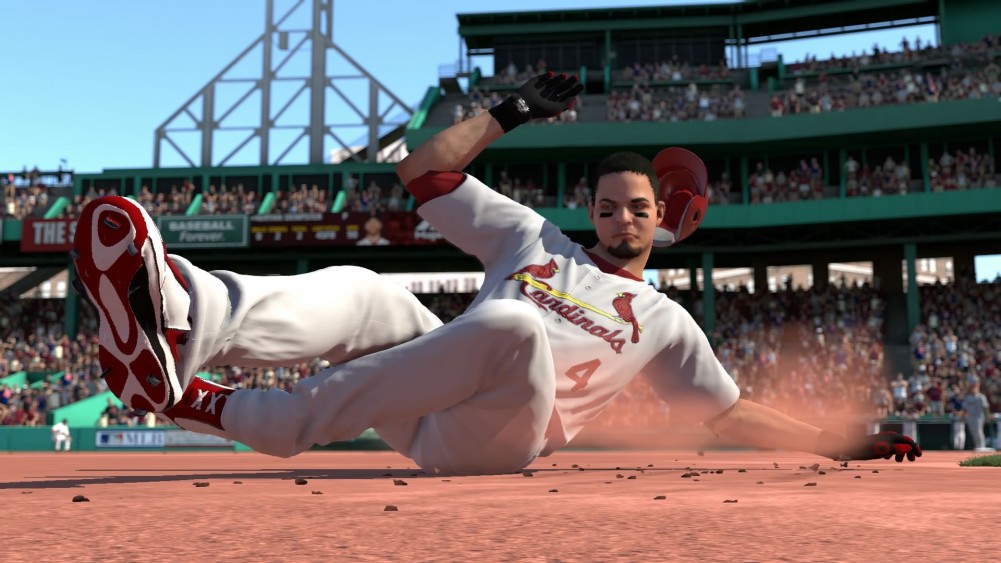 MLB The Show has been touted as one of the most solid sports franchises ever since it hit the market in 2006. With the PlayStation 4 finally in our living rooms, anticipation for MLB 14: The Show has been through the roof. I can confidently say that next-gen baseball is here, folks… and boy is it a treat.

Whether it’s a bright sunny panoramic shot of Wrigley Field, or the Bleacher Creature roll call at Yankee Stadium, The Show has always knocked presentation out of the park. In 2014, they’ve taken it to the next level with the realism. 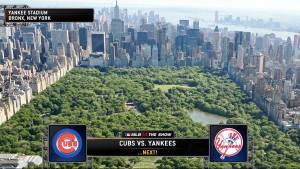 What sets a baseball game apart from any other sports title is its pace. The stadium pans, batter walk-ups, and countless other attempts to bring the player to the stadium do a phenomenal job of setting the slow relaxed pace that baseball fans are accustom to. The liveliness of the stadium really stands out this time around, with vendors selling hot dogs throughout the game, and fans rushing towards foul balls in the bleachers.

What’s great about this year’s iteration of The Show is the focus on the little things. In franchise mode, Derek Jeter will get a standing ovation when visiting opposing ballparks, as the game recognizes this as his last year of baseball. Not only will Jeter get an ovation, but before his first at bat, he’ll tip his cap and acknowledge the crowd, it never gets old. 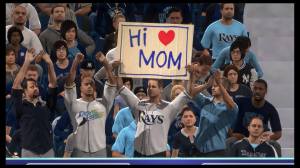 Aside from all of these awesome little features that create an amazing baseball experience, The Show just outright looks good. This game is a true representation of the graphics we should be expecting from “next gen.” While playing through this game, I was asked three times by three different people what baseball game I was watching. Not to rain on The Show’s parade, but with the sharp visuals, you will see some frame drops from time-to-time. In a baseball title where precision is key, this does get a bit frustrating. It’s nothing excessive or game-breaking, but it’s there.

We all know what to expect from The Show in terms of gameplay, and that is crisp and polished. This year’s release is no exception.

Everything is as smooth as butter in The Show 14. No matter which gameplay mechanics you chose for batting, pitching, and fielding, you’ll get the same experience, and it’s a great one. In a game like The Show, if you miss a fly ball, it’s because you made a mistake. I can honestly say that I haven’t come across a single situation leaving me frustrated at fault of the gameplay. Things work the way they should, and when once you’ve got it down, it sure is rewarding.

As mentioned above, there are different gameplay mechanics you can use to play The Show. Though this is nothing new for the series, I feel like it’s worth mentioning since it seems like this year’s title is seeing tons of first-timers. If analog hitting is something you just can’t pickup on, switch it to classic. The same can be said for pitching, fielding, and even the difficulty of the game. If you find yourself swinging and missing, dive into the game’s awesome sliders system and tweak the gameplay so that it’s fun for you. What’s always been great about The Show is how approachable it is for gamers who have little-to-no interest in baseball.

As for game modes, you’ll get the expected franchise mode (both online and local), their famous Road To The Show, and some mini-game style modes such as Home Rune Derby. Each game mode is filled with features, and all of them together give the game incredible replay value. And lets be honest, replay value can be tough to find nowadays.

The cloud saving features also work great between consoles. There’s nothing more convenient than being able to pound out a 162-game season both on your couch with a PS4, and on the go with the Vita.

SHOULD YOU GET IT?

Yes. You really should.

MLB 14 The Show is a solid baseball-sim, but on top of that, it’s a really fun game. It shines on all platforms, showing off the PlayStation 4’s power, and squeezing every bit of what the PlayStation 3 and Vita have left to offer.