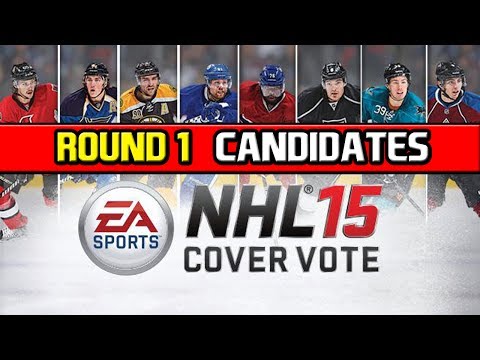 The recently announced NHL 15 will don a cover athlete voted by the public for the third year in a row.

EA Sports is holding the Quarterfinals until May 18. Claude Giroux won the vote and graced NHL 13’s cover while Martin Brodeur was on NHL 14’s. The bracket lines up like this:

Come on America, lets get Olympic hero TJ Oshie on the cover! Or Logan Couture (he grew up a Buffalo sports fan and wears #39 because of Sabres great Dominik Hasek).

Click here to vote. NHL 15 is completely revamped for its next-gen debut, including new puck physics, new game presentation, and more. NHL 15 comes out this fall for Xbox One, Xbox 360, Playstation 4, and Playstation 3.